…and often, so is live theatre.
This week, just after a successful opening of Jesus Christ Superstar,the cast was informed of an unexpected circumstance that would result in a complete overhaul of our already fully rehearsed stage production.

Suddenly our sold out performances were postponed and we were back in rehearsals unfuuing the snafu. I was reminded this week that not only is live theatre unpredictable, it’s a metaphor for…well, EVERYTHING.

(Perhaps that is why immensely dramatic people tend to gravitate to the stage!) In all my years on the stage, I can’t recall a single stage production that didn’t bring about a sticky situation. No matter the predicament, I have never encountered a challenge big enough to cancel the entire run of a show. Somehow, the show always finds a way to live.

The parallels of theatre absolutely resemble our lives as parents and entrepreneurs.

The productions with the biggest uphill battles usually yeild the best outcomes. Why? Because chaos is interesting. Challenges give projects CHARACTER.

Artists– like parents and business owners –are creative problem solvers and thought leaders.

It takes a special type of person to be able to roll with the punches and thrive in an unpredictable environment. Parents, entrepreneurs and performers all come alive when there is an immediate need to improvise. Nothing is more frightening than being in front of an audience in a production that has taken an unexpected turn— but at the same time– nothing brings about a greater exhilaration than when you have triumphed.

Turn Your Problems into PROFIT!

Joining us today is Karen Quinn, co-founder of TestingMom.com, a website that helps kids ace important tests and build skills for school success through fun, online learning games and activities. Karen will be sharing 5 key lessons that can help turn your biggest parenting problems into a business that will help others!

Schedule a time to dial in!

FILL OUT THIS FORM to be one of our featured callers on today’s topic. 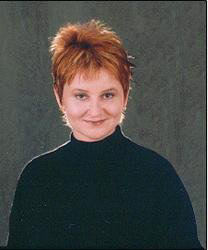 Karen Quinn is author of Testing For Kindergarten and the co-founder of TestingMom.com, a website that helps pre-K to 8th graders ace tests and build skills for school. She is an advocate for teaching parents what they need to know to support their kids for testing, kindergarten readiness, and school success. Karen first became interested in testing when she noticed that her son, Sam, wasn’t developing as quickly as her daughter had. A doctor diagnosed a hearing problem that could be fixed via surgery and (after giving Sam an IQ test where he scored in the 37th percentile) pronounced that Sam would never function in a regular classroom. Luckily, Karen’s mother was a PhD in Early Childhood Development. She showed Karen how to work with Sam and get him ready for both testing and a regular classroom. Karen worked diligently with Sam for about 30 minutes every day doing activities that would build the abilities he needed for school and testing. A year later, Sam scored in the 94th percentile on an IQ test. He was admitted to a competitive private school in Manhattan and was placed in honors classes.

Karen went on to co-found a consulting business helping families get their kids into NYC’s best public and private schools. There, she taught parents how to work with their children to get them ready for testing just as she had worked with Sam. A few years later, she left the company and wrote The Ivy Chronicles, a humorous novel about the experience of working in the competitive school admissions world of NYC. Karen wrote a total of four novels (two of which have been optioned as movies) before going back to the book she says she was “meant to write” – Testing For Kindergarten. In 2010, Karen co-founded TestingMom.com with Michael McCurdy, a site that offers test prep and a full array of top premium educational websites as part of their membership package. Karen lives with her husband, Mark, in San Diego. Her daughter, Schuyler, is a working actor in NYC. As for her son, Sam, who was never supposed to function in a regular classroom? He just graduated from NYU. 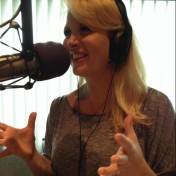 Self-employed Parent Enthusiast Ally Loprete is the Founder of OurMilkMoney.com, a nationwide online business directory of self-employed parents, and the host of This Little Parent Stayed Home, a live weekly radio show on iHeart America's Talk Radio with more than 6 million listeners. Very soon she will be joining the hosting line up on the talk show Wake Up TV, a nationally televised broadcast for the new mainstream, providing insight into the answers people really want. Ally is on a mission to help others deal with the sometimes overwhelming prospect of leaving a full time job to start a new business, while running a full time household and raising kids. She is resolute about creating a haven in which parents across the nation will continue to thrive and obtain the support they need in their personal journeys.
Callers with challenging questions are always given top priority! If you would like to learn more about how you can participate in This Little Parent Stayed Home, please share your challenge HERE